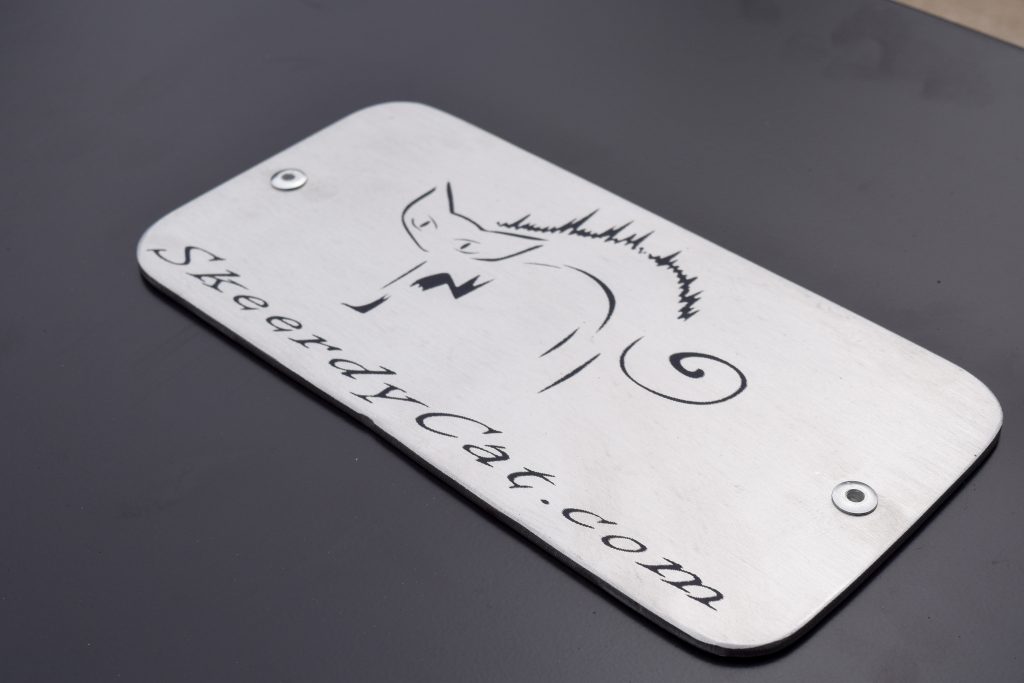 It seems almost impossible to visit any Tundra forum on social media without seeing at least one owner having their catalytic converters cut off while working, shopping, or even just parked at home.

I live in a pretty good area of West Des Moines, Iowa and even people in my neighborhood watch group have posted their trucks getting the catalytic converters cut off right on the other side of my street. Tundras are especially desirable vehicles to hit because they have 4 of them and plenty of ground clearance for greasy thieves to slide under the truck with ease; especially if your Tundra is lifted. 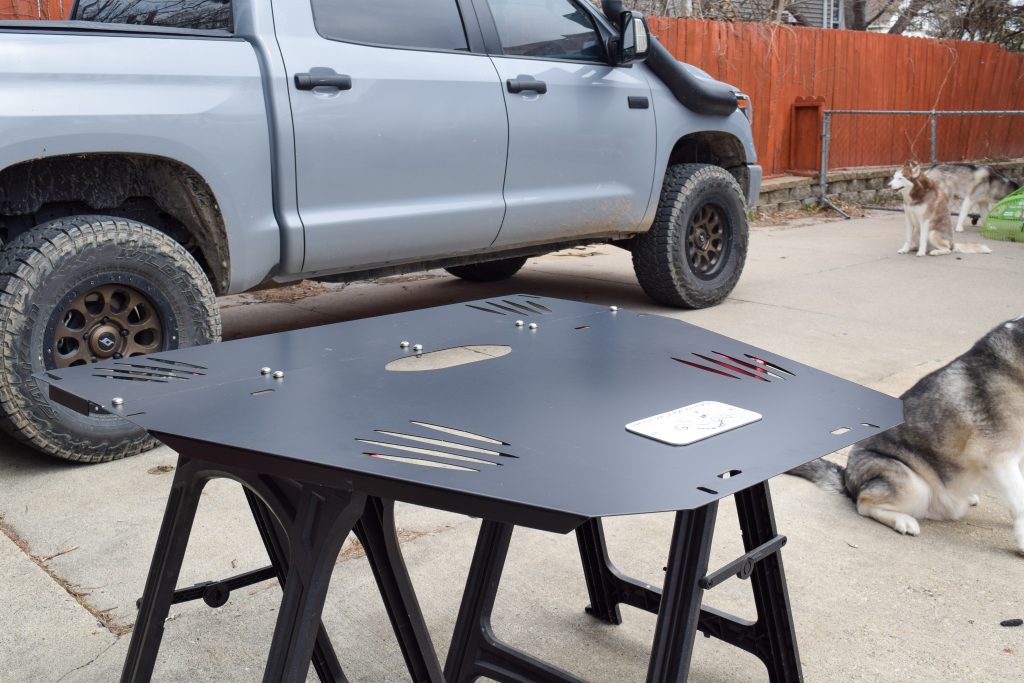 I was tired of worrying about this happening to me and then I met Kent, the owner of Skeerdy-Cats. Kent is based out of Texas and manufactures all of his plates himself in-house. He’s even worked with the Houston police department to come up with solutions to combat their high counts of catalytic converter theft.

What makes the Skeerdy Cat skid plate design superior in nearly every aspect compared to the competition is its unique 2 piece plate system. Due to its shape and mounting design, it covers more of your undercarriage than a lot of the other plates currently on the market. This is the best cat skid there is in terms of coverage and security, bar none!

Kent also offers a few different thickness options and mounting hardware. You can either order thick Grade 8 bolts or tamperproof hardware. I ordered tamper-proof hardware and then mixed in some grade 8 bolts that I had laying around, more on that later on.

Now, I know someone will say “can’t the thieves just cut the bolts off” or “if they can cut your cats they can cut a plate”. Those are both true, however, with the number of bolts required to mount this behemoth of a skid, the noise and time doing so would definitely alert someone. This plate is meant to discourage thieves and if nothing else, make their job harder. 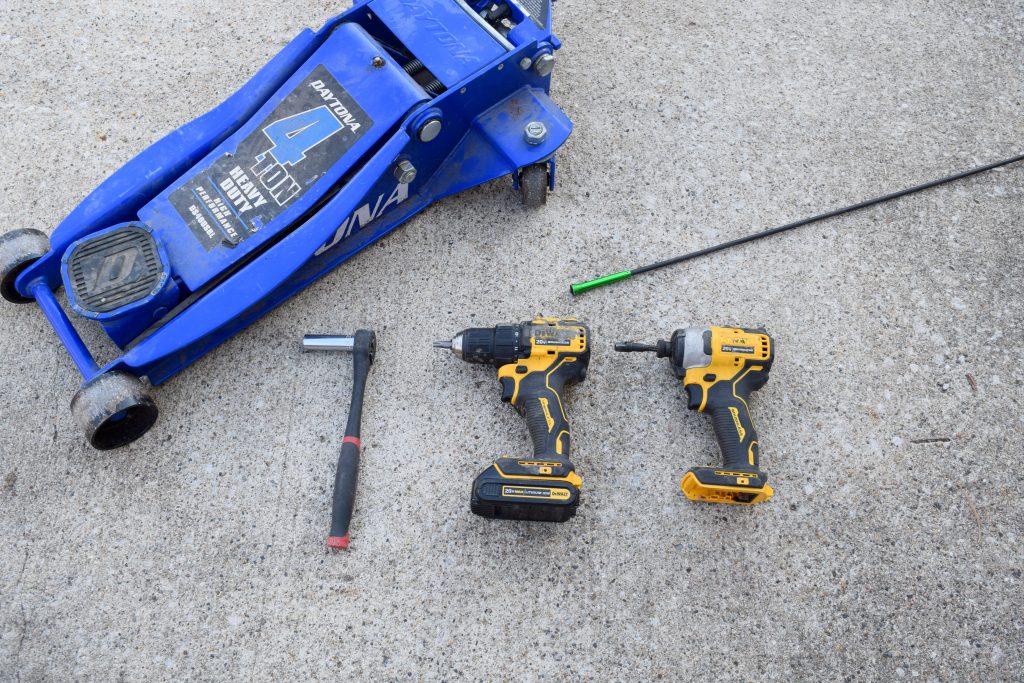 The installation is pretty simple and straightforward, with very few tools required! 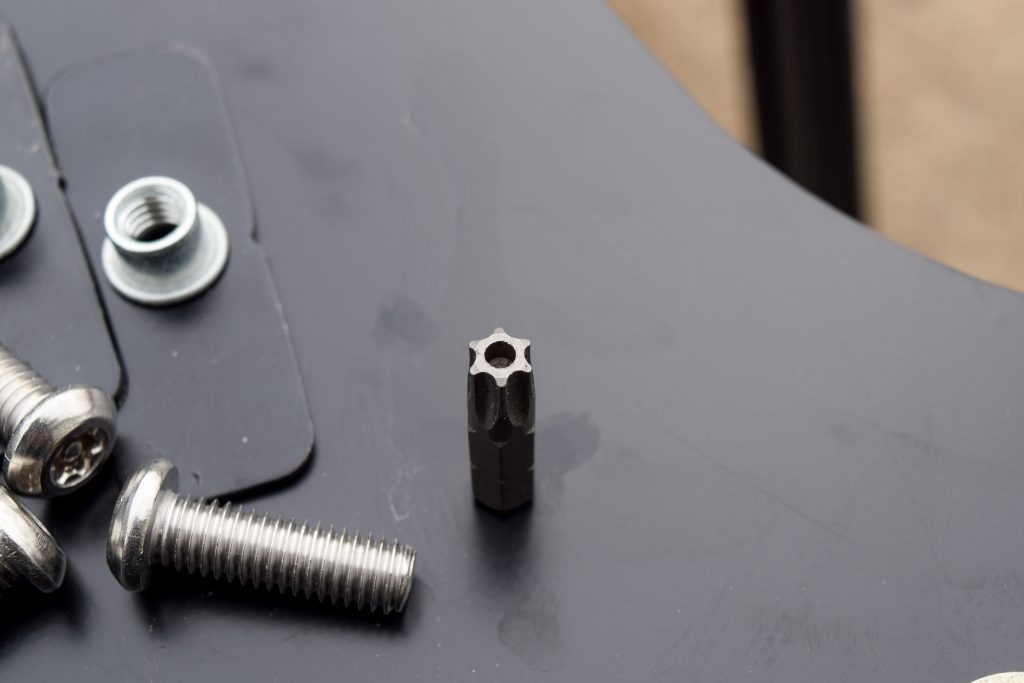 Layout all of your bolts and plate pieces before getting started. If you’re using tamper-proof bolts, make sure to have your tamper-proof bit! Once everything is in order and accounted for, we can get started with assembling the plate! 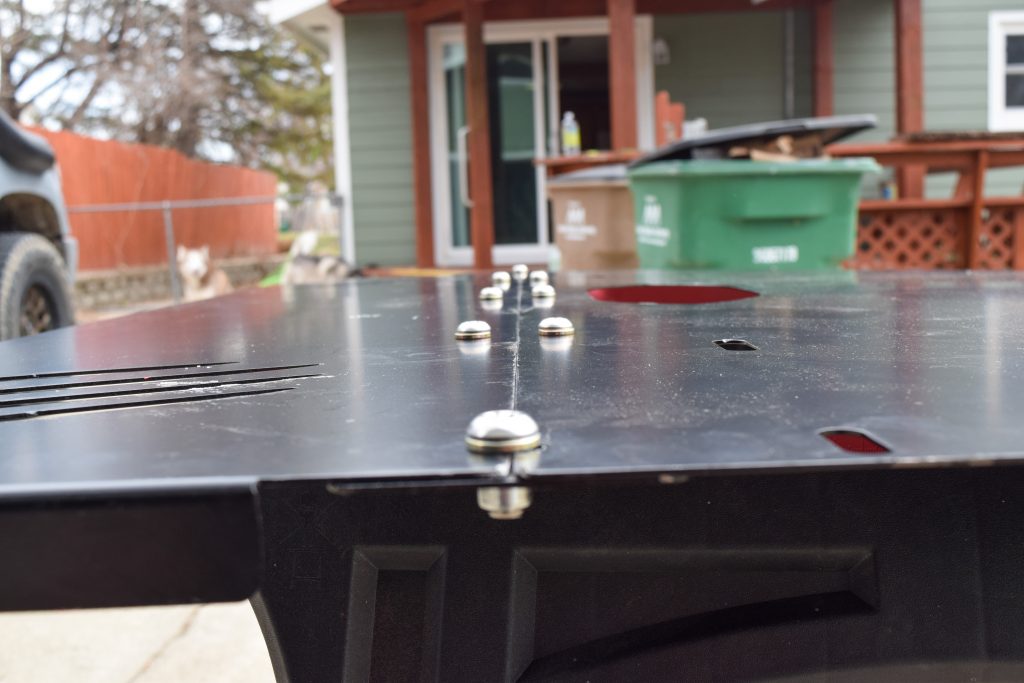 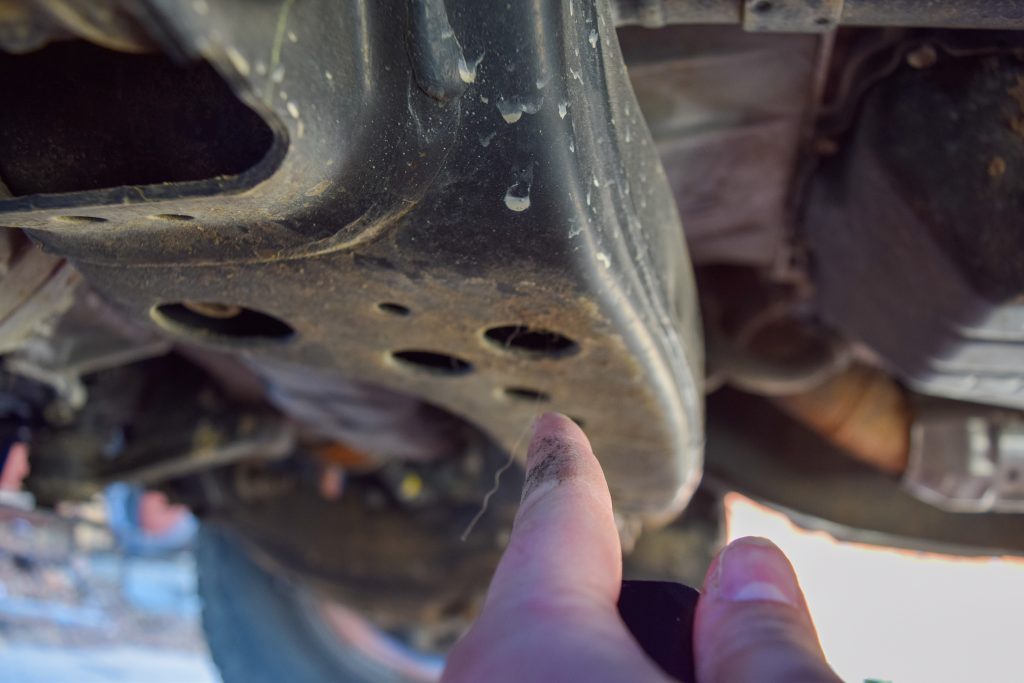 Identify the frame holes you’ll be using and drop your brackets into those frame holes in the orientation pictured. 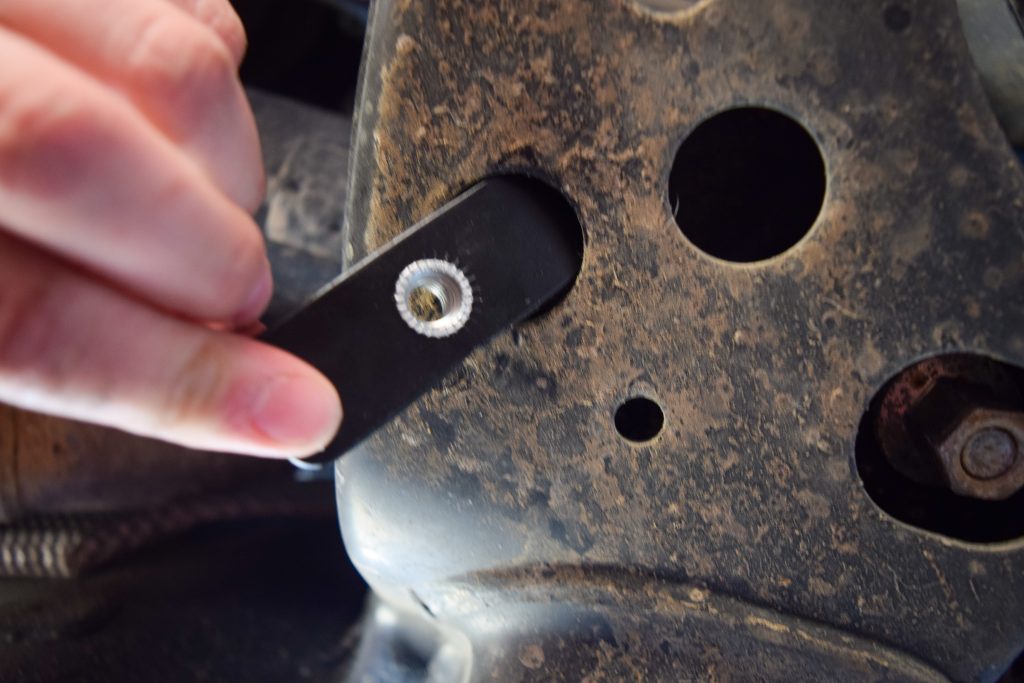 Once the brackets are installed in the frame they should be slightly protruding outside of the frame as pictured below. 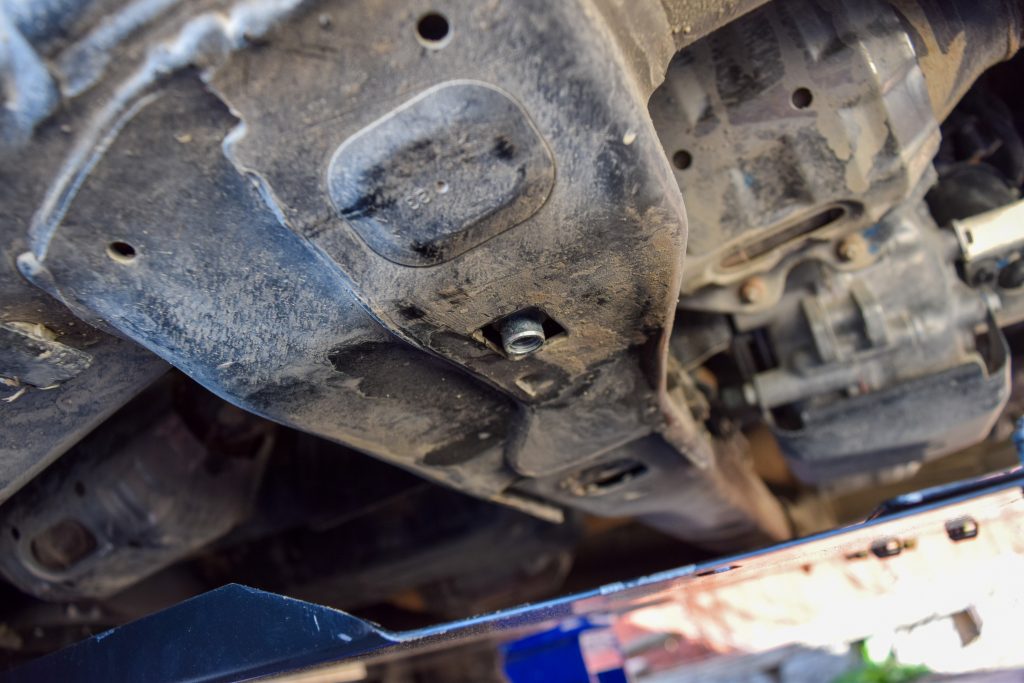 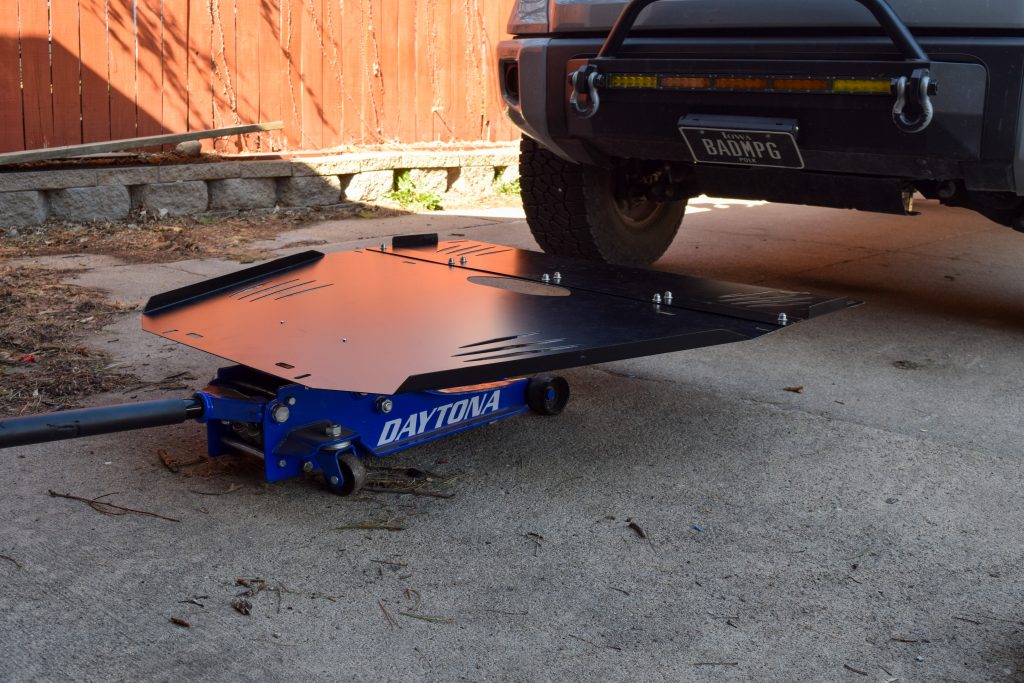 With all 4 of your frame holes ready to go, grab your floor jack and carefully place the skid plate on it. Slide the plate under the truck and align the bolt holes and mounts.

The skid plate is large, and kind of awkward. If you have a couple of buddies, having them lift it and hold it upright might be easier. None of my buddies were available so I had to finagle the massive skid plate around on the floor jack. It’s totally doable, just not preferable. 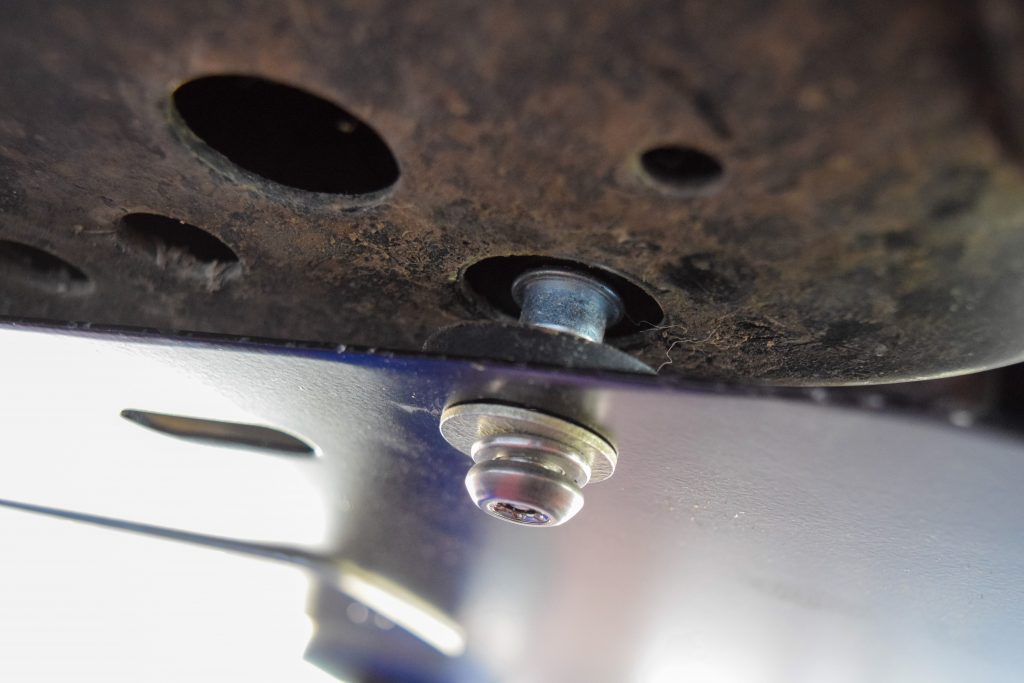 Once you have your skid plate properly aligned, loosely screw in your tamper-proof bolts with your hand in an ‘X’ formation. Do not forget to drop in your rubber frame isolating bushings before getting your plate installed. Those bushings get sandwiched in between the frame and the skid plate with the idea of eliminating rattle 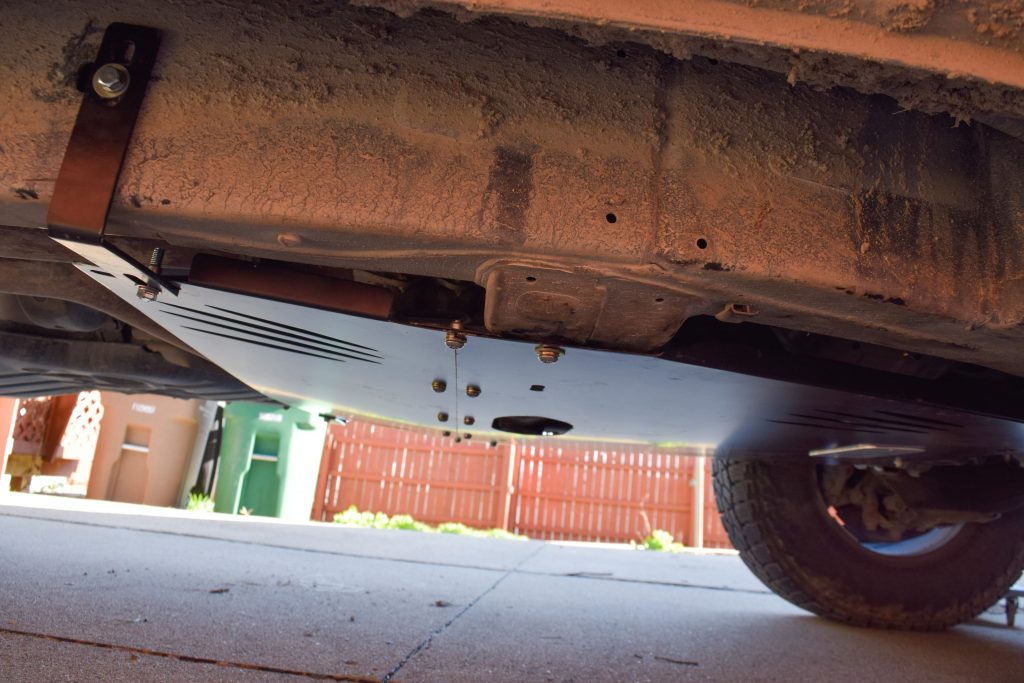 Once you’ve got the plate loosely installed, you can install your ‘L’ brackets. These brackets go on top of the skid and slide up into the frame hole. A magnet at this point helps to keep the bolt on the backside in an easy-to-access position. 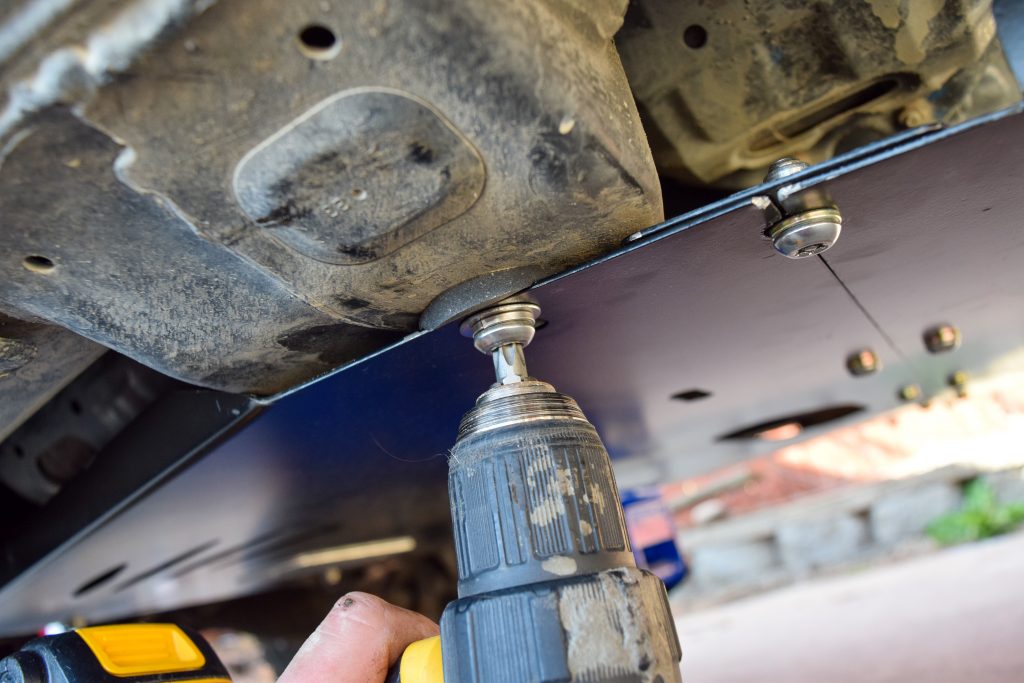 Once the skid plate is on and everything is loosely installed, you can now begin tightening down all of your bolts and after that, you’re done! 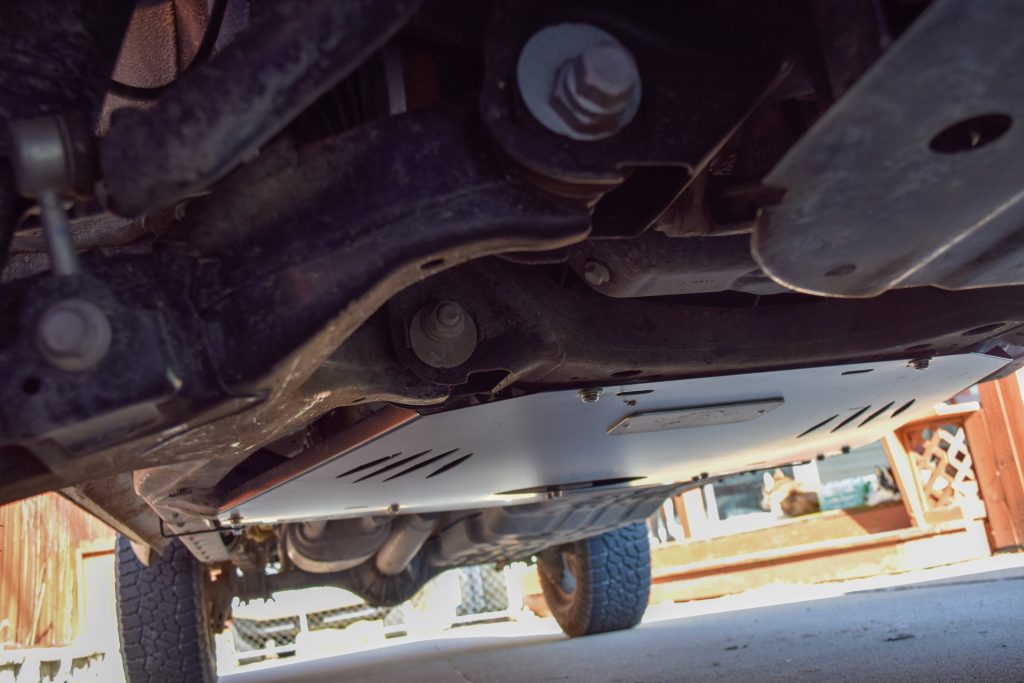 Overall, this mod is simple and extremely satisfying. Knowing every night that a thief trying to steal my catalytic converters is either severely inconvenienced or hopefully, completely prevented, is very comforting. Kent, the owner of Skeerdy Cats, has been a pleasure to work with and his customer support is next level.

The design of this skid is light years ahead of some other catalytic converter skid plates with just how much coverage you can get. Great guy, great product, and a great investment, you can’t go wrong with this mod. Order yours today!

21’ Tundra built to support both traveling with my fiancé and our little pack of Huskies as well as hunting exhibitions in the Midwest. Michigan native living in Iowa.

Looks great but rivet nuts are facing wrong direction. Thread shank should be on far side, not near. The way you have it the only thing holding it on is the rivet nut flange which can be pried off with a screwdriver. Threads far side the expanded shank has to be pulled through the hole – very hard to do as the more you tighten the more it expands. Nice install. 2 people much easier to get into air but if you have a piece of wood to cover the center tranny mount hole to balance the plate can be… Read more »